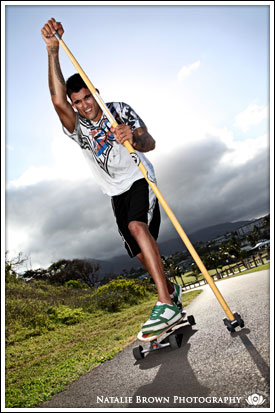 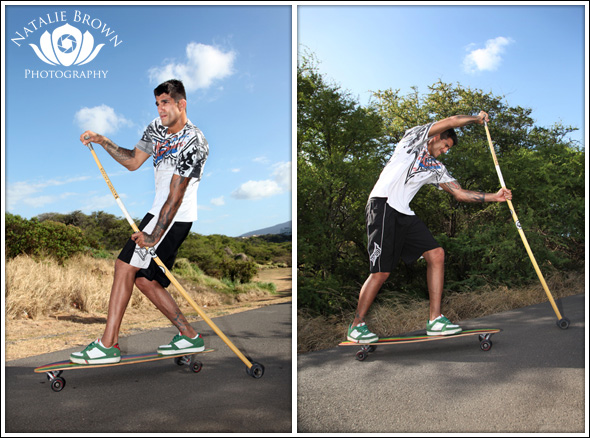 Mixed Martial Arts Master Kendall Grove was recently featured in ESPN magazine for his unusual, yet effective, new Maui workout.Land Paddling is the land version of Stand Up Paddle Boarding (SUP.)  In order to escape the monotony of the gym, this middleweight Maui native skateboards up and downhill near his home in North Maui.  Since 2008, Kendall has been using his long skateboard and six foot carbon-fiber pole to break a sweat while bombing hills and then climbing them again the hard way.

Kendall Grove (Da Spyder) does Land Paddling to clear his head while getting a workout and preparing for UFC.  I was fortunate enough to assist on the photo shoot and get some time with this Maui celebrity.  It’s hard to believe that such a funny and easy-going guy could tear my limbs off if he wanted to.  Meeting athletes like Kendall bring the realization that MMA is more than fighting.  It’s a sport for those strong in the mind and the body.

We look forward to seeing Da Spyder in his next bout.